Stories You Should Know: Gene Sarazen

“The Squire” and the Modern Grand Slam

“The Squire”,Gene Sarazen’s drive on the 15th sailed 250 yards, resting on the right side of the fairway with an awkward lie 232 yards from the hole. Gene strode down the fairway side by side with his playing partner Walter Hagen. As they came upon their golf balls a huge roar came up from the 18th green. Craig Wood had just birdied the 72nd Hole to finish with a final round 73 and a 72-hole score of six under par 282. That left “the Squire” three shots behind with four holes to go.

After Hagen hit his second shot laying up short of the pond, Sarezen approached his ball and inquired to his caddie what was needed to beat Wood. “Four threes Mr. Gene. Three, three, three, three.” was the answer. Sarazen pulled out a 4-wood and swung with all he had. It just so happened that Bobby Jones was watching the action; “His swing into the ball was so perfect and free, one knew immediately it was a gorgeous shot.” The ball landed just off the green barely over the pond, took a slight left kick and started tracking towards the hole. That’s when the gallery exploded as the ball ended in the cup. A double eagle two, the rarest of achievements.

He was suddenly tied with Wood. Three pars later he finished with a 72-hole total of 282, tied with Craig Wood. In the 36-hole playoff the next day Sarazen shot 71-73 to win by five. Adding to his Open Championship (1932 at Princes), two U.S. Opens (Skokie in 1922 and at Fresh Meadow in 1932) and three PGA Championships (Oakmont in 1922, Pelham in 1923 and Blue Mound in 1933) Gene Sarazen’s win at the 1935 Augusta National Invitational, made him the first golfer to win the Professional Grand Slam.

About his “Shot Heard Round the World” at the 1935 Masters he would lament, “Frankly I’m tired of discussing it, you’d think I had never done anything else but hit that shot.”  Later he would elaborate on how many people actually saw the shot. “Twenty-Two” but also explained “To me the most interesting thing about the shot is that both Jones and Hagen saw it.”  Jones and Hagen were his two greatest rivals. 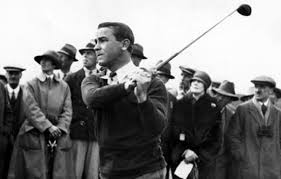 The Professional Slam in golf consists of the Open Championship, The US Open, the PGA and the Masters, where does the Augusta National Invitational come in? Well, that’s what the tournament played in early spring at Augusta National Golf Country Club was called until 1939, when the name was changed to “The Masters”.

The next gentleman to join Sarazen was Ben Hogan in 1953 when he won the Open Championship at Carnoustie. Then Gary Player joined them in 1965 with his U.S. Open win at Bellerive, one year later Jack Nicklaus’ win at Muirfield allowed him into the club. We had to wait another 34 years before Tiger Wood’s win at the Old Course in St. Andrews in 2000 made him the 5th member of this elite group.

Tiger Woods is the most recent golfer to attain the Career Grand Slam.

Sarazen was the first golfer to attain the career grand slam

The list of great players who haven’t won all four Professional Majors is just as interesting. The great Harry Vardon won six Open Championships and one U.S. Open, but never participated in either the PGA or Masters.

Bobby Jones remained an amateur until he retired from competitive golf in 1930. He won three Open Championships and 4 U.S. Opens, but was ineligible for the PGA and created the Masters in 1933.

In his short career Byron Nelson won a U.S. Open, two PGAs and two Masters, but only participated in The Open Championship once, finishing 5th in 1937.

Sam Snead only played the Open Championship twice, but he did win at the Old Course in 1946. He also won both the PGA and the Masters three times, however he never won the U.S. Open, finishing second a heartbreaking four times.

This year we have three active players short one leg of the Career Slam; Phil Michelson still needs A U.S. Open (he’s finished 2nd a record 6 times), Jordan Spieth needs the PGA, and Rory McIlroy tries this week for a Green Jacket at Augusta. 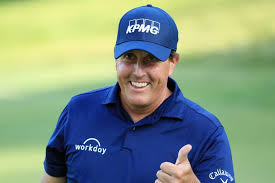 Phil Mickelson needs a U.S. Open to complete the Slam 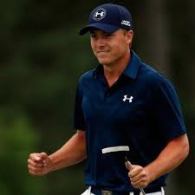 That leads us back to the only Career Slam member whose final leg was the Masters, ane Eucenio Saraceni.  When the local paper included his first hole-in-one in a short note in 1918 Sarazen would say “I’d never seen my name in print before. I’d look at it, Eucenio Saraceni. It looked to me like a violin player, not a golfer.” So he changed his name to Gene Sarazen.

Gene Sarazen won his first major in 1922 at the U.S. Open. Included in his vanquished were Bobby Jones and Walter Hagen. His last major was the Masters in 1935, a 13-year span. He would play majors well into his 70s, making a memorable hole-in-one at the “Postage Stamp” at Royal Troon in 1973.

“I’m the only one who has played with everybody from Harry Vardon to Jack Nicklaus,” said “The Squire”. He would live to see Tiger Woods win his memorable first major in the 1997 Masters, before passing away at age 97 in 1999.