Athletes You Should Know: Willie Shoemaker

Willie Shoemaker is on of the greatest jockeys in the history of racing. He won almost 9,000 races in his career. Born in Texas premature he was only 2.5 lbs, and not expected to make it through his first night. There are various stories of how his parents kept him in the oven to keep him warm enough. Not only did that tiny baby live, he went on to have a 41-year career as a horse jockey.

He won the Kenutcky Derby 4 times, earned 2 Preakness victories and 5 Belmont wins. He would earn over $123 million in his career through winnings alone.

In 1955 he would earn scorn and mocking when riding Gallant Man at the Kentucky Derby. Shoemaker misjudged the end of the race and stood up in his stirrups before the finish line, Gallant Man would be beaten by a nose at Kentucky Downs.

He would ride the great horse, John Henry, a horse that would earn $1 million it it’s career. His 1986 victory would be the most memorable. At 54 years old, well past his prime on a horse with 17-1 odds Shoemaker and Ferdinand would claim the Kentucky Derby.

Shoemaker passed away in 2003. 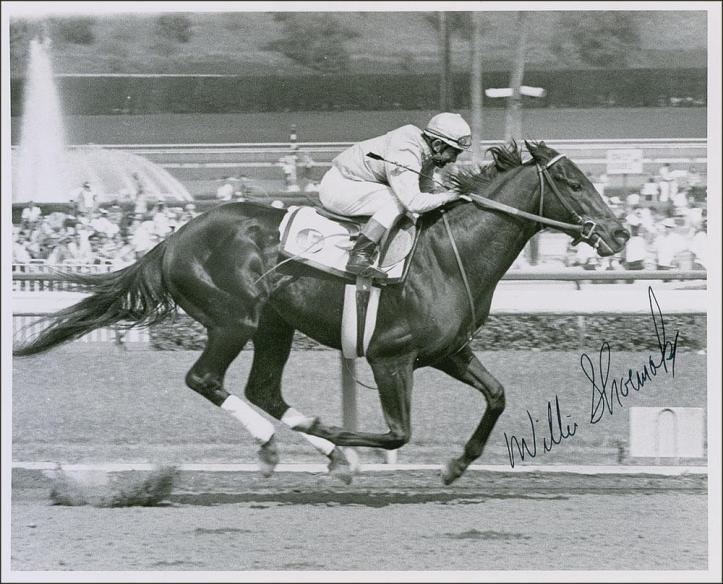