Tennis Greatness: Before the Open Era

With Roger Federer’s win at The Australian Open and Rafael Nadal’s recent triumph at the French the modern media continues their discussion of which of these two are the “Greatest of All Time”. Since Roger’s 20 “Majors” and Rafael’s 17 put them clearly ahead of Pete Sampras’ 14 who held the highest number before these two, the top two of all time seems to be clearly established. Who else could challenge them?

What would you say if I told you that the record for career majors is actually 24, and that Federer currently stands third with his 20? It is true. It all depends on what tournaments through the years you consider a “Major”.

Tennis is the most difficult sport to rate players through the years. The problem is that the four Majors (Australian, French, Wimbledon, U.S.) were not available to the best players for most of the 40s, all of the 50s, and most of the 60s. The four Majors were not opened to the Professionals until 1968. Not fully open to them until around 1972.

They may have been erratic and unreliable on their scheduling, but the winners of these tournaments were the who’s who of tennis legends of their era.

These are the greatest players from before the Open Era. Ken Rosewall had 16. Add that to his eight traditional majors (4 Australians, 2 French, and 2 U.S.) and he has a total of 24 “Majors”. One never hears the name Ken Rosewall as the man Roger Federer and Rafael Nadal are chasing to be considered the “Greatest of All Time” even though Rosewall was the one to hand Nadal his 11th French Open trophy this year.

Others of note if we are including the Traditional Majors and the Professional Majors into the greatest of all time is Pancho Gonzalez. Gonzalez goes from two Majors in the modern sense to 14, and Rod Laver is bumped up from 11 to 23. Yet even using this method doesn’t fairly judge players from the 1930s to the mid-1950s, most of those years there was only one Professional Major, the U.S. Pro.

Jack Kramer, often sighted as the greatest player of his generation, won three traditional majors, then turned Pro and won only two of the Professional Majors before injuries ended his competitive career. But what is not mentioned is that the Pro Circuit at the time was dominated by one on one match-ups. After Kramer turned Pro, he and Bobby Riggs toured the country playing each other. Kramer dominated Riggs, winning 69 of the 89 matches. He then toured with the young Pancho Gonzalez, beating him 96 matches to 27.

Unfortunately, all that is remembered about Kramer today is that he formed the modern Professional Tour, and that the Wilson Sporting Goods “Jack Kramer” Tennis Racket is the best selling Tennis Racket of all time. There’s an argument that Jack Kramer was the “Greatest Tennis Player of All Time”, but by the way we rate players today he’s not even in the discussion. Similar problems come with how we rate Ellsworth Vines, Don Budge, Fred Perry, and Bobby Riggs.

Which of these overlooked members of the Pre-Open Era deserve our consideration?

We will discuss the three best players who straddled the two Era’s; Ken Rosewall, Rod Laver, and Pancho Gonzalez. 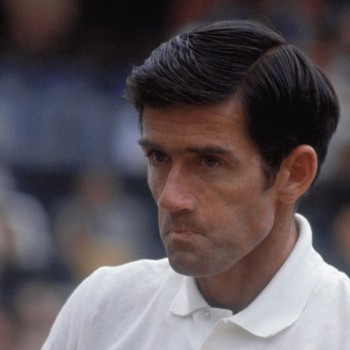 Australian Ken Rosewall won four “Traditional Majors” before turning pro in 1956. At age 18, he won the Australian and French Championships in 1953, added another Australian Crown in 1955, then captured the U.S. Championship in 1956, before turning pro the next year. From 1957 to 1966 he would win 16 of the 30 “Professional Majors”. His “Majors” would be won on grass, clay and hardcourt, establishing him as a proven champion on all surfaces. 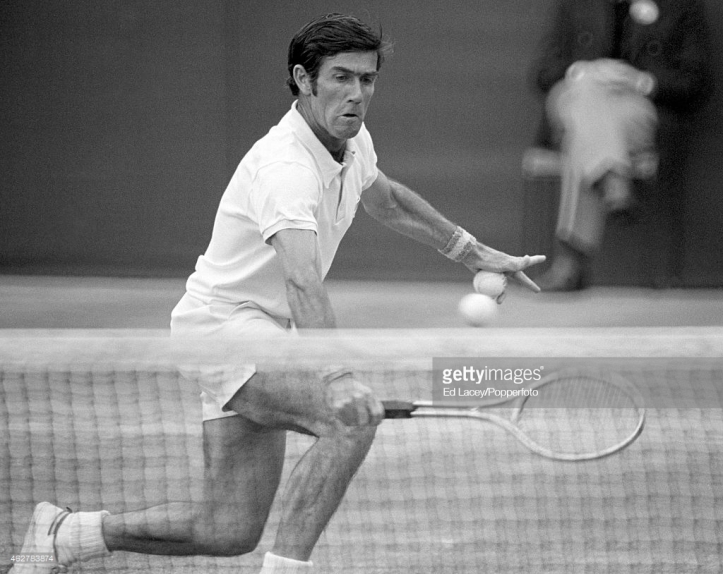 Why is Ken Rosewall largely forgotten? He has only 8 “Majors”, and never won the most important tournament of them all, Wimbledon (he lost in the finals four times). He’s Australian, since the American Media could only handle one Australian at a time, Rod Laver overtook him as the best player in the world around 1966. The tennis boom occurred around the time of the “Open Era” and Rosewall had started his decline as a top player. You can also discount Ken’s four “Majors” prior to his turning pro, since he was not competing against the best players in the world (that would still give him 20 Majors).

He stands at the top with 24 Majors if we add his Traditional Majors and his Professional Majors.

Traditional Majors as an Amateur: 4 (Australian-2, French, US Open) 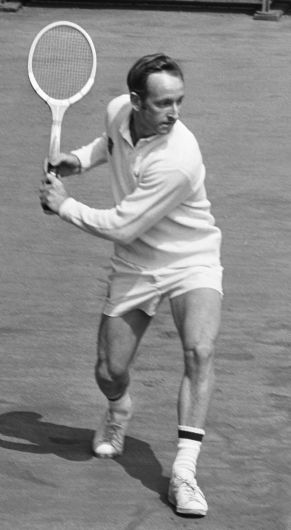 Rod Laver is the only one of these players still in modern discussion as the “Greatest of All Time”. We still think he’s a little under-rated. You can discount his 1962 “Calendar Grand Slam”, due to the fact the pros were banned from playing. Despite his “Slam” he was not the number #1 player of 1962, Ken Rosewall was.

However, his 1969 “Calendar Slam” is still the “Greatest Year of All Time”. Like Rosewall we can discount his “Majors” prior to his turning pro in 1963. That gives him 17 “Majors”. He also won on all surfaces, but 3 of the 4 “Traditional Majors” (the Australian, Wimbledon, and U.S. Opens) were all on grass during his time. Laver was a GREAT player.

Traditional Majors in the Open Era: 5 (Australian, French, Wimbledon-2, US Open) [note in 1969 he won the Calendar Grand Slam, one of the great accomplishments in sports] 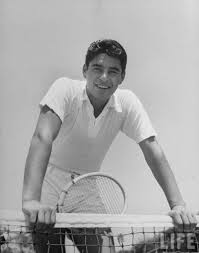 Pancho Gonzalez is a man we have discussed earlier in this post but here let’s highlight his greatness. In 1948 and 1949 at age 19 and 20 he won the U.S. Championships, then immediately turned pro. When he was the #1 Player in the World (1954-1960) the French Pro Tournament was only occasionally held. He won the U.S. Pro Title eight consecutive times he competed in it. That’s Nadal at the French territory. The Open Era began when he was 39, so his “Traditional Major” number is two, and he is quickly dismissed as one of the all-time greats. That’s just not right.
Total Majors: 14

Traditional Majors in the Open Era: 0

This takes nothing away from Federer, Nadal, and the other top players since 1969, but counting only modern majors, we’ve completely dismissed players prior to the “Open Era”. With this knowledge we can now do a more realistic evaluation of the greatness of Roger and Rafa.

Roger ought to be chasing the 24 number. He’s 4 back as he enters his best Major and Rafael Nadal is still climbing his way into the All-Time lists.