Stories You Should Know: The Hardest Course in Golf

Stories You Should Know: Carnoustie: The Hardest Course in Golf

In 1010, off the rocky coast of Scotland, the great Danish warrior, Camus, emerged from the misty land of the Norse gods. He and the Danes where here to topple the Scots. There to stop his bloody appetite was the Scottish king, Malcolm II. The battle between the Dane’s and Scotts was ferocious and bloody in nature. At the end of the day, Camus fell by the sword by the Scotts and the Danes were repulsed.

According to legend, the Norse gods mourned the loss of their favorite warrior. They cursed the Scotts for the death of Camus by sending thousands and thousands of crows to the battlefield of the Battle of Barry. Barry Sands was infested with Crows for generations as the story goes. The crows colonized the rocky beach and the area became known as Craws Nestie. It is now known as Carnoustie, and every couple years, battle is done again and the cures of the Norse gods is unleashed against the best the golf world has to offer.

As Hal Sutton put it after playing the Open at Carnoustie, “I feel like I just fought a war.”

For 400 years Carnoustie, Scotland has hosted the game of “gowf”. Back then it was Sir Robert Maule’s “lecherie”. In 1839 Carnoustie Golf Club was formed, the oldest in the world. Even out dating the Old Course at Saint Andrews which lies just across the inlet of the English Channel.

The who’s who of golf put this course together, the first rendition was created by Allan Robertson, the first professional golfer. It was then revamped from 10 holes to 18 by Old Tom Morris in 1867. In 1923 it went through another refurbishment when James Baird made changes.

The course at Carnoustie may have been created by the most famous original golfers, but it was not created for beauty or tact, but for grit and determination. Carnoustie is regularly considered the hardest course in the World.

When the Open was hosted at Carnoustie in 1999 most players called it unplayable. It was so hard it made a 19-year-old Spaniard leave the course in tears, that Spaniard was Sergio Garcia.

That same year the Frenchman, Jean Van de Velde, needed just a double bogey to hold his lead and win the Open. He triple bogeyed and went to a 3-way playoff with Paul Lawrie and Justin Leonard. After another 18 holes, Paul Lawrie held the hard-fought Claret Jug. But Carnoustie’s reputation deepened, if you wanted to win there, you’d have to made of tougher stuff. 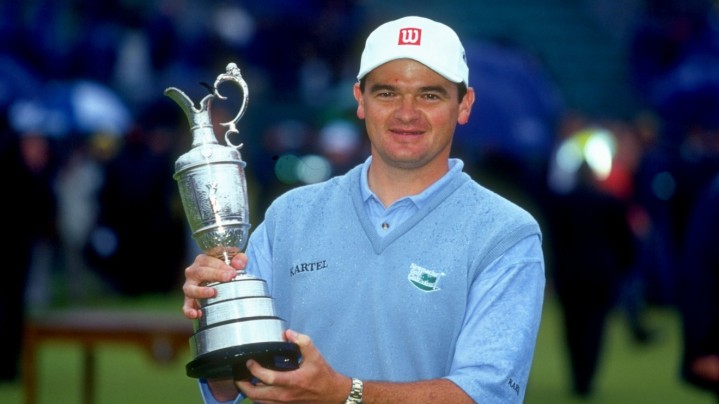 With bunkers that looked like well holes and rough that made even the US Open cringe, players called it impossible. But it’s not just the man-made elements that make it difficult. Still the Norse gods send their curse.

The great Ben Hogan would win the Open in 1953, it was the only time Hogan traveled to the British Isle to play in the Open. Gary Player, Tom Watson, Paul Lawrie and Padraige Harrington would all win the battle of Carnoustie for the Claret Jug.

The Claret Jug returns this year to face off against the Norse gods curse. The final 14 holes, especially the last 4, are notoriously challenging. The player to win at this British Open will have to eat their bogeys and drink from the wellsprings of fortitude. It won’t be about the farthest hit balls, they actually shortened the course this year. It won’t be about pretty shots but about battle toughness. Look to see players make a score on the first 9 holes and fight like hell to hold onto it the last half of the course.

The US Open is known for being the hardest challenge in golf, but they don’t have Carnoustie. Carnoustie is a beast all it’s own.

Leave a Reply to Stories You Should Know: Sam Snead – A Sip of Sports Cancel reply